Begin the day with a bit of geology, ceramic history, and images to inspire. Watch a demonstration of unique hand forming and wheel throwing methods with time for participants to make a piece or two of their own. Finish the day with a ‘smudge firing’ as a means to gain visual texture and depth on surfaces of low temperature to mid-range ceramics.

Bring your own small bisque-fired pieces. We will also have some available.

Bring your own small bisque-fired pieces. We will also have some available.

Note: Bring your own small bisque-fired pieces. We will also have some available.

Don Davis is a native Floridian, recently returned to live and set up a studio in Flagler Beach. He operated a full time studio in Asheville, NC for 20 years, then served as university professor for 16 years.

Don received his MFA from Rhode Island School of Design and his BFA from University of Florida. He is the author of Wheel Thrown Ceramics and has contributed to numerous other publications. His work is included in the collections of the International Museum of Ceramics in NY, the Mint Museum in NC, and Shirakawa Public Hall in Japan.He was commissioned to make pieces for the film Last of the Mohicans and conducts workshops and presentations at institutions in Europe and the United States. Experimental Archaeology has been an important facet of his research including the design, construction, and firing of an ancient Etruscan replica kiln, the “Nuovo Forno Etrusco Project” at Castello Spannocchia, Italy. 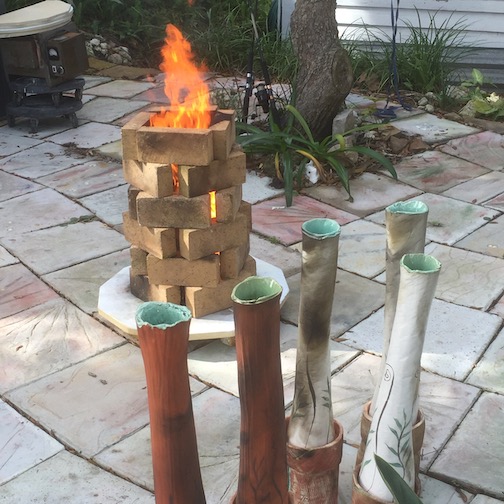