Explore figurative drawing with quick gesture studies and longer sustained poses. Anatomy and proportion will be emphasized while students draw from the live figure. The expressive use of materials will also be covered. Skill level: Intermediate

Andrew Maurice Grant was born in Montego Bay, Jamaica and migrated to the United States an early age. Grant’s mother always had art in the home, which influences the way he approaches his own art to this day.

Grant’s subject matter is centered around women and depicting them in the most noble light, visually. His inspiration is women solely, as they have been the most consistent force in his life. Grant finds that representing women, especially black women, acts as a homage he is paying for the nurturing, generosity and kindness he has experienced all of his life.

Throughout high school and college, Grant continued to hone his technique and had the opportunity to take Art History I and II, at the University of Central Florida. When reflecting on those years, he realized he had limited exposure to people producing the type of work and subject matter he now explores exclusively. With consistent research and study, he has since found communities near and far that hold representational art at the highest standard. Fortunately, he was able to study with Terry Traumbauer Norris and privately with Carol Broman in 2010 and 2011. Academic techniques were introduced to him and a high priority was placed on developing the skills necessary to bring a vision to life. 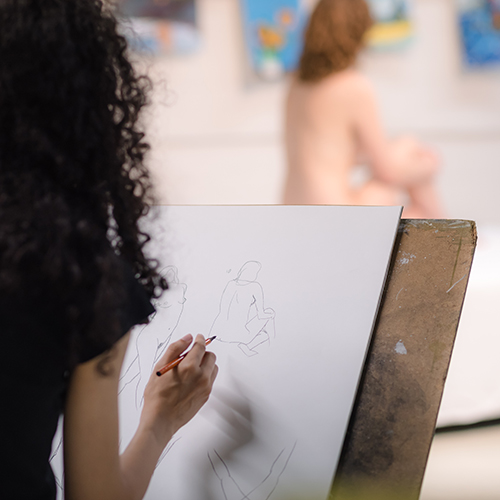