Uncover the history, unique camera controls, and the photographers who made the landmark German Rolleiflex, the most popular – and most copied – professional camera of the 1940s and 50s. From documentary to glamour it was the camera of choice by many of the time’s most noted photographers. The instructor – who uses his Rollei for his professional documentary, portrait and travel photography – will overview and demonstrate why the TLR has re-emerged as such a popular camera in the in the re-emergence of film-based or analog photography. Class will include special equipment and accessory demonstrations, a fieldtrip and time in the darkroom. The course is suited for students with any kind of TLR camera, including Yashica and Mamiya. Crealdé also has a loaner camera available for class use. Skill level: Intermediate 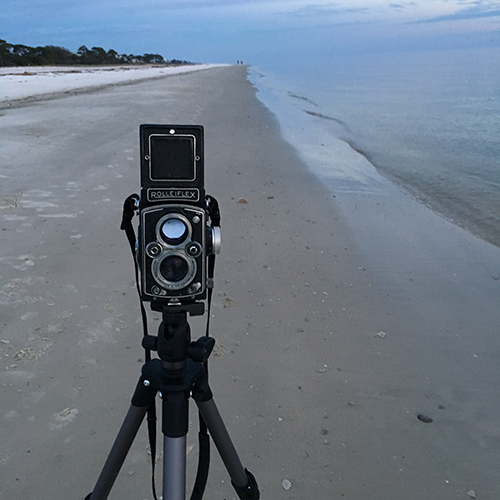